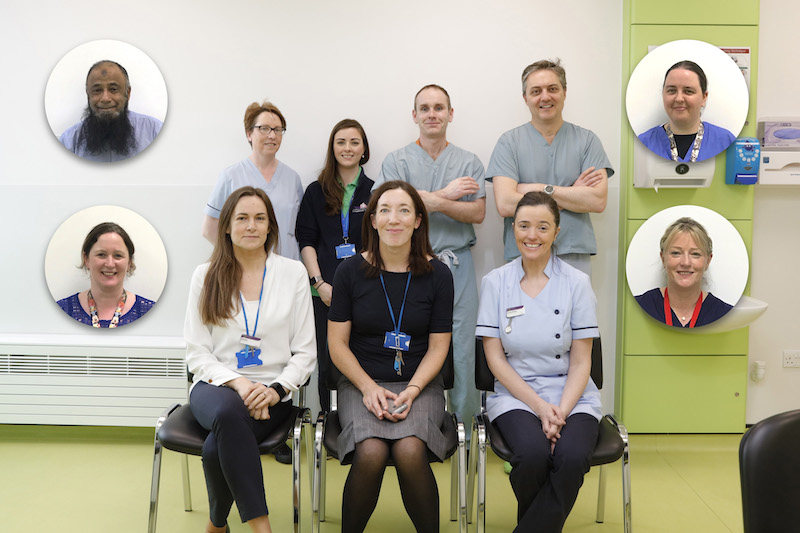 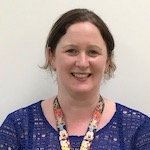 Sara Foley  has worked in Temple Street since 2019 when she joined the Spina Bifida Department. Sara manages the administrative side of the spina bifida department including registering new referrals managing spina bifida clinic appointments, reconciliation of clinics and directing parental queries to the relevant team members. 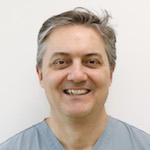 Mr Cascio spent one year (2000-2001) in research at the Children’s Research Centre (CRC), Dublin under the supervision of Prof Puri on the familial aspect of vesicoureteral reflux. He has been an Examiner and Question Master of the European Board of Paediatric Surgery for eight years and since 2016  is the Chairperson of the Examination Committee of the European Board of Paediatric Surgery (EBPS). He is a regular lecturer to fifth year medical students of the University College Dublin on paediatric urology. His main areas of interest include: neurogenic bladder, minimally invasive surgery, disorders of sex development, bladder and kidney stones. 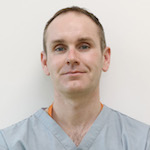 Mr Connor Green is a consultant orthopaedic surgeon at Children’s University Hospital (Temple Street) and Cappagh National Orthopaedic Hospital. He graduated from University College Dublin in 2004. Having undertaken his postgraduate training in Trauma and Orthopaedics on the Irish National Orthopaedic Training Programme, he completed a Paediatric and Adult Limb Lengthening and Reconstruction Fellowship at Sinai hospital, Baltimore, USA. He then completed a Paediatric Orthopaedic and Scoliosis Fellowship at the world renowned Texas Scottish Rite Hospital for Children, Dallas, USA. He specializes in all aspects of Paediatric Orthopaedic Surgery including foot and ankle, hip and spine. He has a special interest in limb deformity 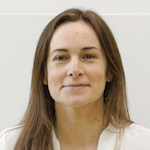 Dr. Sandra Hayes is a Senior Clinical Psychologist and a Paediatric Clinical Neuropsychologist. She has extensive experience in paediatric psychology and has worked across the three children’s hospitals in Dublin. Dr. Hayes has worked previously with children with cystic fibrous, diabetes, cancer and neurological and neurodevelopmental conditions. She has a keen interest in the impact of chronic medical conditions on a child’s emotional well-being, behaviour and learning. 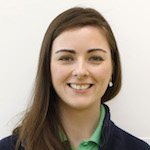 Frances Keegan has been an Occupational Therapist on the neuroscience team at Temple Street Children’s University Hospital since August 2015. Frances graduated from Trinity College Dublin in 2008. Since graduating Frances has had the opportunity to work in Paediatrics with complex and non-complex disabilities in clinic, community and hospital settings. Frances is currently working on the National Spina Bifida Team and she has a keen interest in service development and research.

As part of the Spina Bifida Team, Frances’ role is to provide Occupational Therapy to in patients with acute Occupational Therapy needs while they are in Temple Street Children’s University Hospital. Frances consults with local therapists if outpatient concerns arise and reviews clients at the Spina Bifida MDT clinic when an OT need arises.  Frances works collaboratively with children’s primary therapists and families to ensure children use their strengths to overcome areas of difficulty. Frances also consults with voluntary bodies to advocate for the OT needs of children with Spina Bifida. 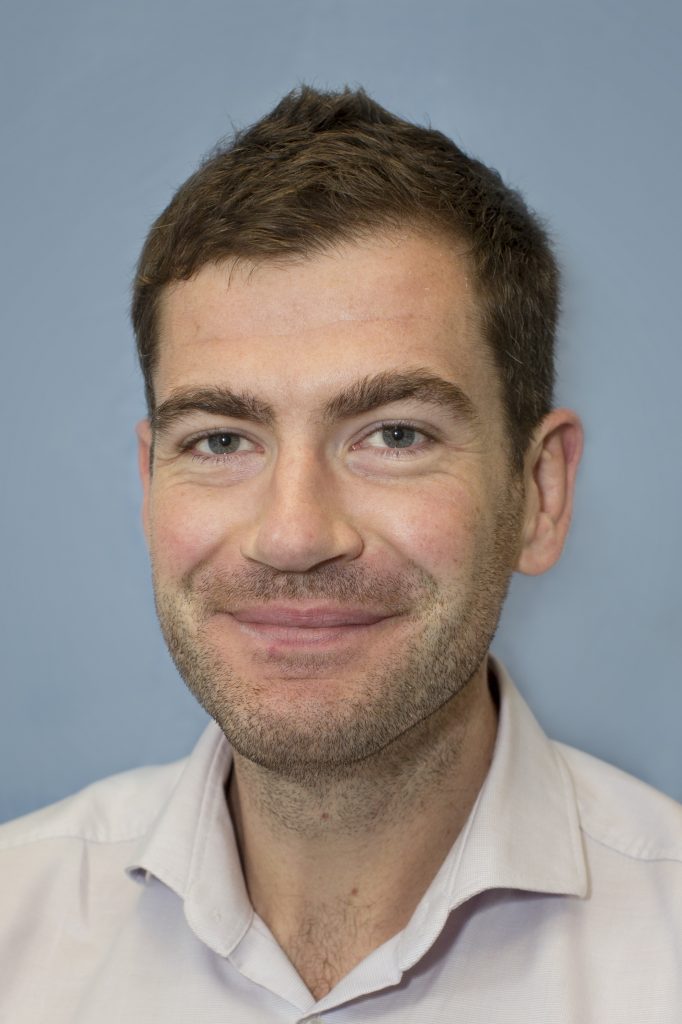 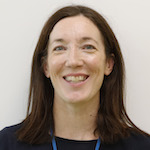 Dr Jane Leonard, Consultant Paediatrician joined the Spina Bifida service in 2011. A graduate of UCD, she is a paediatrician with a special interest in Neurodisability, in particular physical disability. Her early post-graduate training was in Ireland, followed by specialist registrar training in Glasgow where she obtained her certificate of completion of specialist training in Paediatric Neurodisability. She spent two further years on fellowship in the Royal Children’s Hospital in Melbourne working in the Departments of Paediatric Rehabilitation and Developmental Medicine. 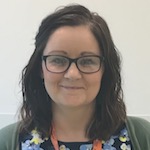 Regina joined the Neurosurgery and Spina Bifida Team in July 2018. As part of the spina bifida team Regina’s role is to provide emotional and practical support to parents. The primary focus is the the emotional and social impact of illness and hospitalisation on the lives of our patients and their families. Therefore we offer both practical and emotional support with the aim of minimising these difficulties.

She will co-ordinate your child’s urological  care among all members of the team, working closely with families and children to achieve the best possible outcome regarding bladder and bowel issues. She will be a constant link in your child’s future and will provide assistance and guidance at many stages such as toileting training, starting school, reaching puberty and transition into adult services. 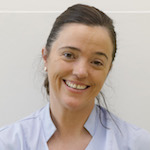 Ms Ciara O’Prey, Spina Bifida( with a special interest in Neurosurgery), RGN/RCN, Bsc in Nursing management. Ciara joined the spine bifida team in October 2018. She previously worked in St. Michael’s b and the neonatal high dependency unit in Temple Street for 12 years as a Senior staff nurse and has a background in adult renal nursing.

Ciara’s role within the multidisciplinary spina bifida team is to provide specialist nursing care to all children and their families   from antenatal to transition with a special interest in neurosurgery and general health needs . She  provides  specialist nursing care to both inpatient and outpatients of the service. She  provides telephone support for the children and their families of the service. Other activities include referrals to other members of the spina bifida team, support and training of nursing staff and participation in audit and research. 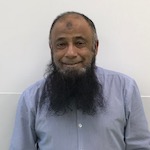 Mohammed Sattar has been a Consultant Paediatric Neurosurgeon at CUH, Temple Street, Beaumont Hospital and Our Lady’s Hospital, Crumlin since September 1997. In 1986, he graduated from the University of Karachi and underwent his surgical training in Karachi, Pakistan between 1987 and 1990. His general neurosurgical training was in Dublin, London, Glasgow and Manchester from 1991 to 1998. Mr Sattar then worked as a consultant neurosurgeon in Karachi and Saudi Arabia between 1998 and 2003.

He undertook a fellowship in Spinal Neurosurgery in Beaumont in 2003. Mr Sattar’s sub-specialist interests include: complex spinal problems in children – in particular those with spina bifida. He received an MD from Manchester University in 1998 for work on children with occult spina bifida.

Mohammed Sattar has been a Consultant Paediatric Neurosurgeon at CUH, Temple Street, Beaumont Hospital and Our Lady’s Hospital, Crumlin since September 1997. In 1986, he graduated from the University of Karachi and underwent his surgical training in Karachi, Pakistan between 1987 and 1990. His general neurosurgical training was in Dublin, London, Glasgow and Manchester from 1991 to 1998. Mr Sattar then worked as a consultant neurosurgeon in Karachi and Saudi Arabia between 1998 and 2003.

He undertook a fellowship in Spinal Neurosurgery in Beaumont in 2003. Mr Sattar’s sub-specialist interests include: complex spinal problems in children – in particular those with spina bifida. He received an MD from Manchester University in 1998 for work on children with occult spina bifida.

We use cookies to optimise your experience, and to enable us to understand how visitors use our website. By clicking ‘SAVE SETTINGS’, you are affirming your consent to the use of cookies as they are configured below. Click ‘More Info’ to learn more about the various purposes that we use cookies for.
More InfoSAVE SETTINGS
Manage Cookies

The purposes for which we use cookies are listed below. You can manage your preference for any purpose that is not strictly necessary to deliver the core website experience.
Necessary Always Enabled

Analytical cookies are used to understand how visitors interact with the website. These cookies help provide information on metrics the number of visitors, bounce rate, traffic source, etc.